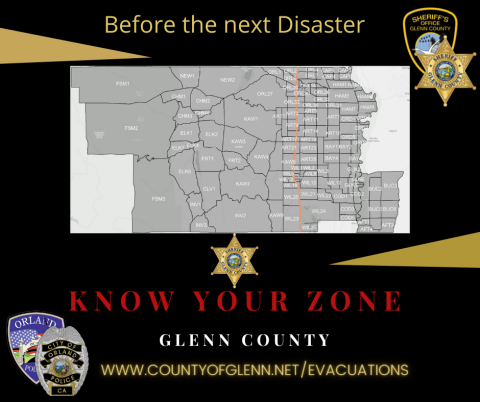 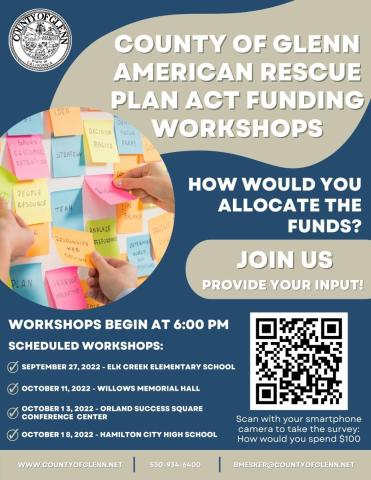 The County of Glenn is looking for input to allocate the remaining ARPA Funds. How would you distribute $100? Join us and provide your input. 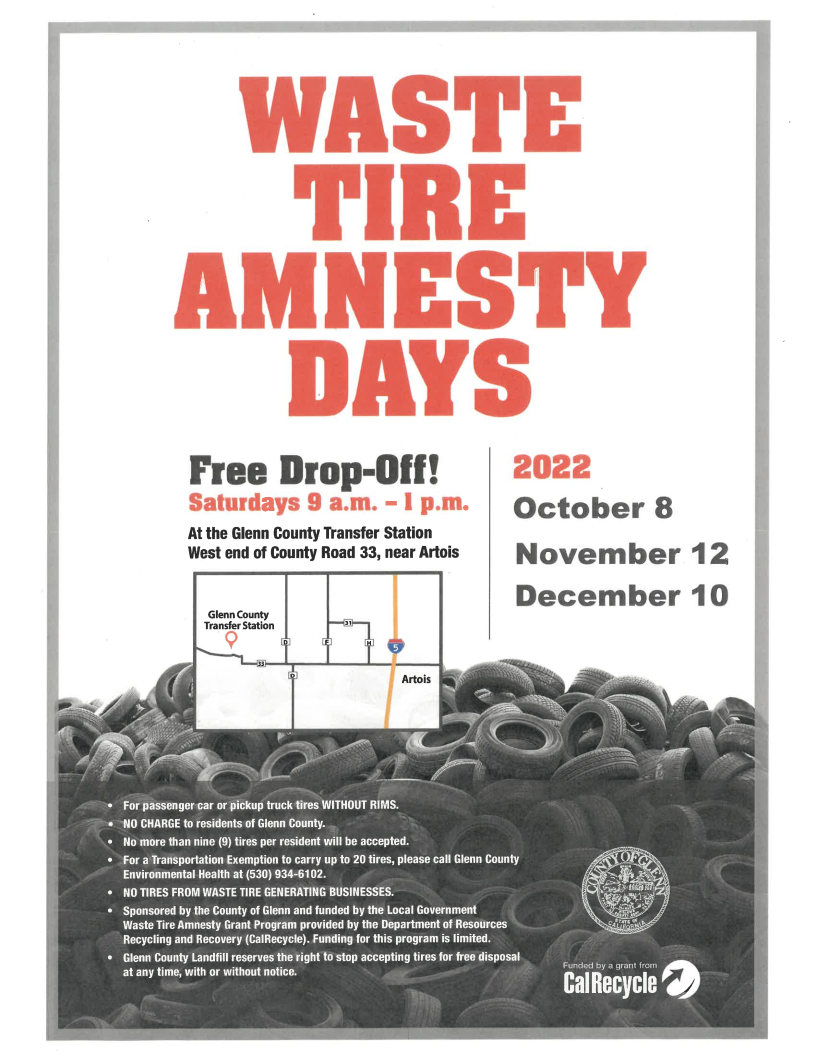 PEOPLE V. JOSHUA JEEMANG LEE-  Defendant was convicted of a felony violation of Penal Code section 192(b), Involuntary Manslaughter of his 2 month and 22 day-old baby girl, Ariel Zoey Lee.  On January 8, 2021, Ariel was non-responsive and life flighted to UC Davis Medical Center, where she was placed on a ventilator and was not expected to survive as the doctors found bleeding on Ariel's brain and brain swelling, signs of shaking the baby.  Both doctors who examined the baby at UC Davis Medical Center opined that the injuries inflicted upon Ariel were a result of the baby being shaken, not consistent with the Defendant's initial explanations of her choking during feeding or falling off the bed in their Willows apartment. Defendant, who was 18.5 years old at the time of the incident, eventually confessed that he picked up his daughter under her arms and shook Ariel twice. Defendant admitted he shook Ariel because he was angry and frustrated that she would not stop crying, thinking shaking would make her stop crying. Defendant was also coming down from being under the influence of non-prescribed Xanax, Percocet, and marijuana. Defendant spoke at sentencing that he "loved and misses his daughter greatly and wishes she was still here."  Defendant Lee's attorney argued that the Defendant is mentally unstable and had an IEP in school, mitigating his criminal conduct.

DA Stewart argued to the court that many times the defense used the term "accident" yet this deliberate action by the Defendant was not an accident.  Mr. Stewart stated Ariel was shaken so hard that her brain was smashed against her skull, shaken so hard that she died because of the injuries at the hands of her father. Injuries that the Defendant admitted he intentionally inflicted because he was mad, angry, and frustrated. Mr. Stewart stated “Defendant intentionally inflicted these injuries because Ariel would not stop crying, taking out that frustration on his 2 month and 22 day-old child, silencing her forever.”

After lengthy arguments asking for a prison term under mandatory supervision from the prosecution versus a request for probation from the defense, the Defendant was granted probation for 4 years, 180 days in custody to serve at a substance abuse rehabilitation treatment facility, a 52 week Child Abuser program, drug court, anger management , and mental health counseling. This case was prosecuted by DA Stewart with assistance from Glenn County Sheriff's Office Detective Lopeteguy and Victim Witness Advocate Pinedo.  Our sincerest condolences and prayers for healing to the Bassetti family for the loss of their baby girl. In January of 2021, Ariel donated her heart and saved the life of a 5-month-old boy in Seattle. Rest in peace, Ariel.

Today, Assistant District Attorney Ruby Neumann virtually appeared at a parole board hearing at Ironwood State Prison in Blythe, California to oppose the possible release of Inmate Kenneth Eugene Hale. Inmate Hale was denied release at 3 previous parole hearings in 2014, 2017, and 2019 and was given direction each time on programming and steps to take to be found suitable for release on parole.

In February of 1994, Inmate Hale robbed at gunpoint and knifepoint Mrs. Roxy Ross, who had pulled over to help him with his broken down vehicle. Inmate Hale carjacked Mrs. Ross’s pickup and engaged in a high speed chase from Orland into the town of Willows exceeding 100 MPH in a 25 MPH zone at times. The police chase ended when Inmate Hale blew through 5 intersections and struck the vehicle of Mr. Wilfred "Doc" Fox and Mrs. Winona "Nona" Fox. Mr. and Mrs. Fox lost their lives as a result of the collision and Inmate Hale plead guilty to both of their murders. Mrs. Fox was pronounced dead at the scene. Mr. Fox was transported to Glenn General Hospital, then air flighted to Enloe Hospital and was pronounced dead during an hour long painful surgery. Inmate Hale's BAC was .19% and he was sentenced to 25 years to life. While in prison in 1998, Inmate Hale attacked and nearly killed a correctional deputy stabbing him with an inmate manufactured weapon "shank" adding 17 years to his sentence. Inmate Hale affiliated with the Nazi Low Riders gang in prison. Inmate Hale is now 55 years old and has served 28.5 years in prison. 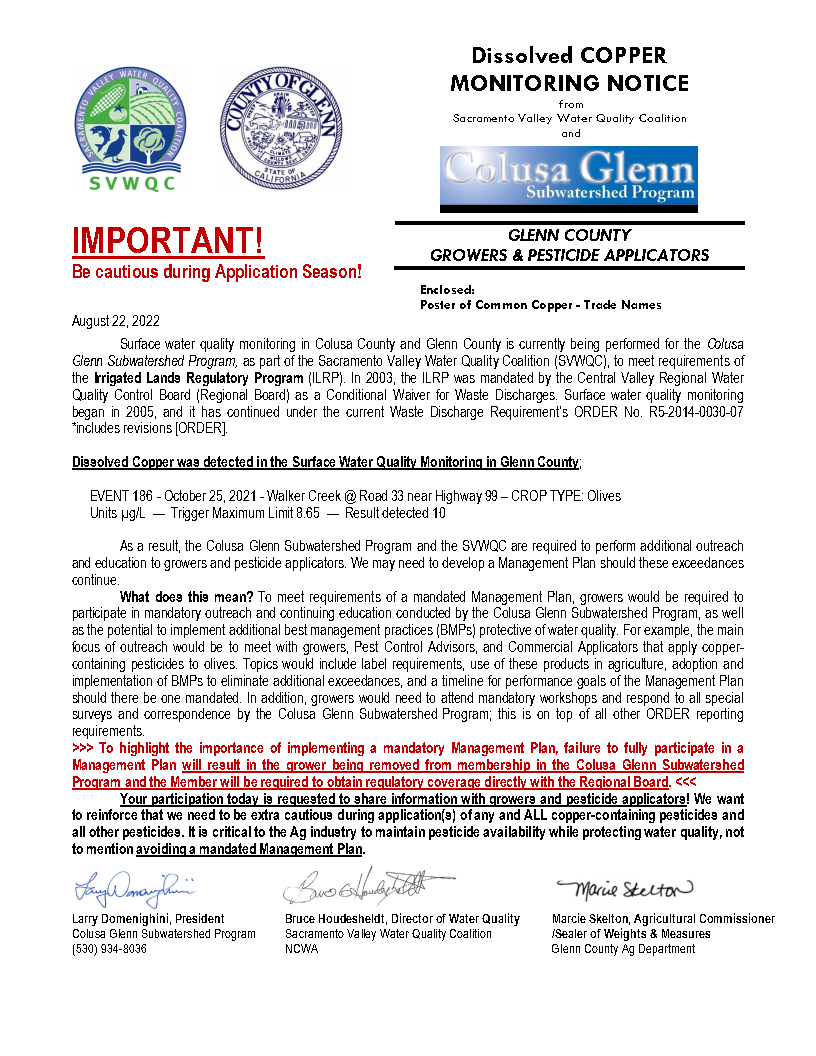 Agriculture/Weights & Measures
Public Information
Public Notice
Residents & Visitors
The County of Glenn is looking for ideas on the challenges and opportunities regarding businesses, employers and start-ups.
Click here to take the Glenn Grows Economic Development Survey! 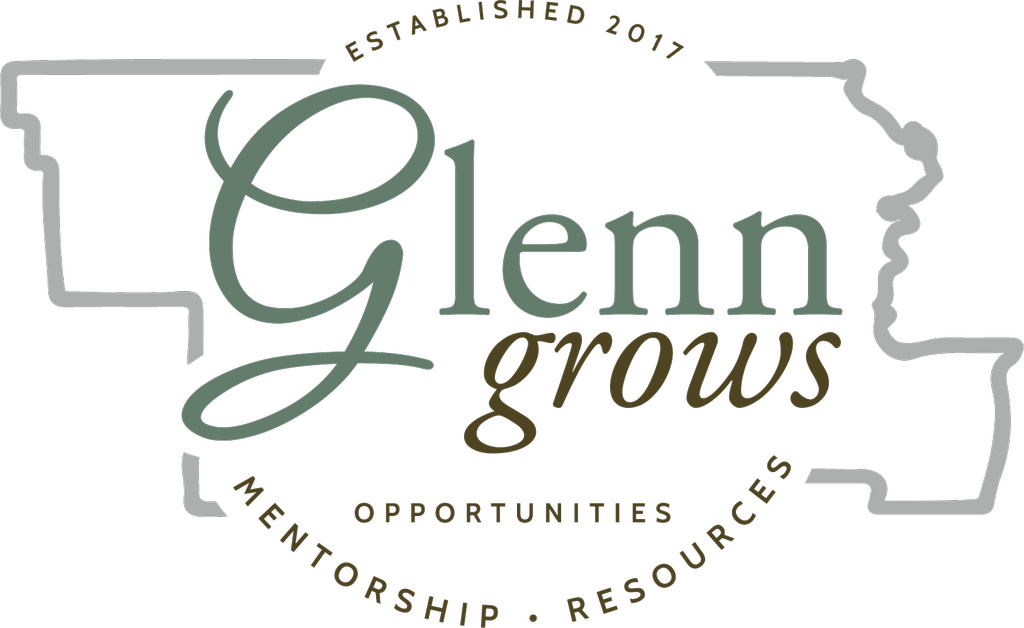 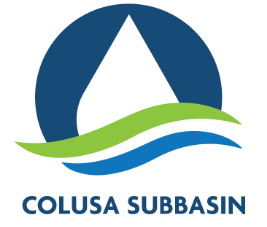 Glenn County residents get to choose their favorite paint scheme option! The option that receives the most votes will be presented to the Glenn County Board of Supervisors for final approval.