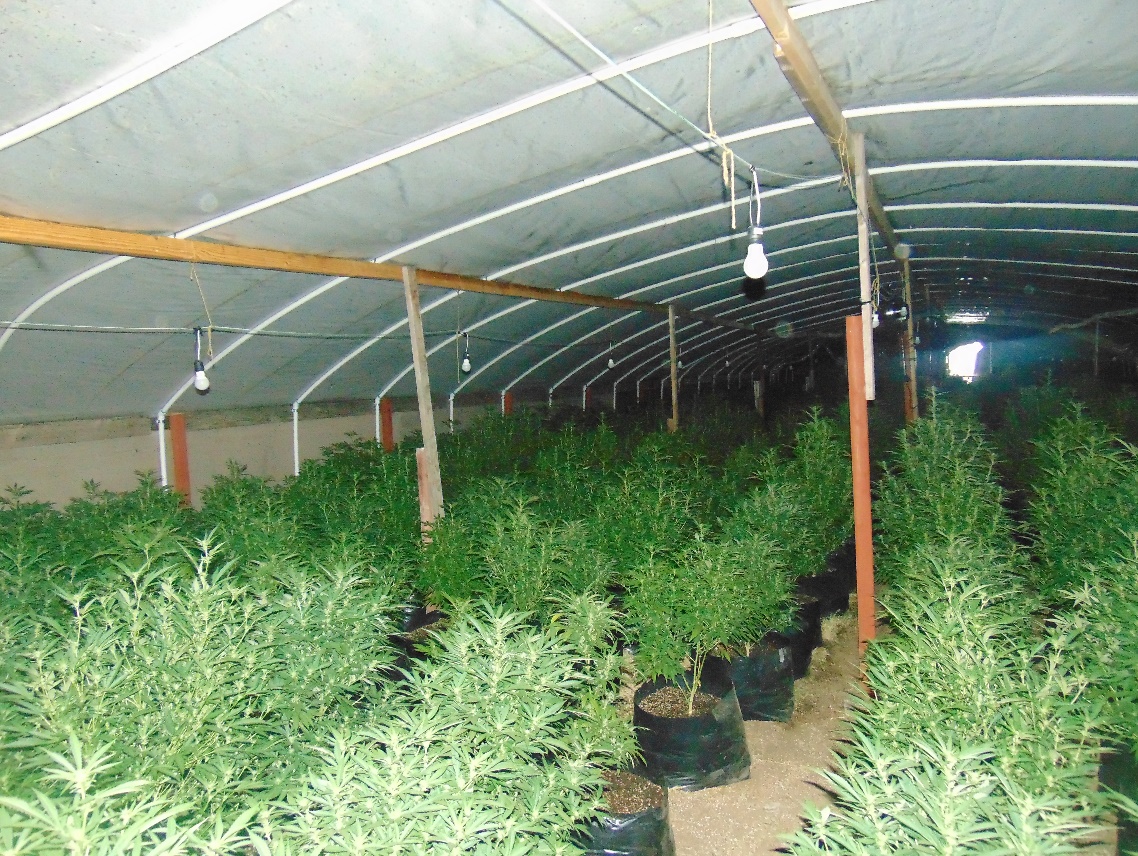 Detectives contacted 25 year old Jesus Cervantes-Godinez at the grow site who was ultimately arrested for the cultivation of marijuana, and possession of marijuana for sale. Detectives identified 37 year old Roger Montalvo as the person leasing the acreage.  Upon investigation, detectives had probable cause to believe Montalvo was responsible for maintaining a place or property for the purposes of the cultivation marijuana, illegal possession of cockfighting roosters and animal cruelty. A complaint will be sent to the District Attorney’s Office requesting criminal charges.

Recreational use of marijuana became legal in California on January 1, 2018. The legalization is the result of voter passage of Proposition 64 in November 2016.  Adults age 21 and older may now possess up to one (1) ounce of dried marijuana or eight (8) grams of concentrated cannabis under California law. They may also grow up to six (6) plants for their personal use, subject to certain local and state restrictions.

It is still a crime to sell marijuana in California -- or to possess it with the intent to sell it -- other than with both a state and local license.

The County of Glenn adopted Ordinance number 15.797.020 which prohibits any outdoor marijuana to be grown in all zoning districts of Glenn County.  The ordinance also prohibits the delivery of marijuana.