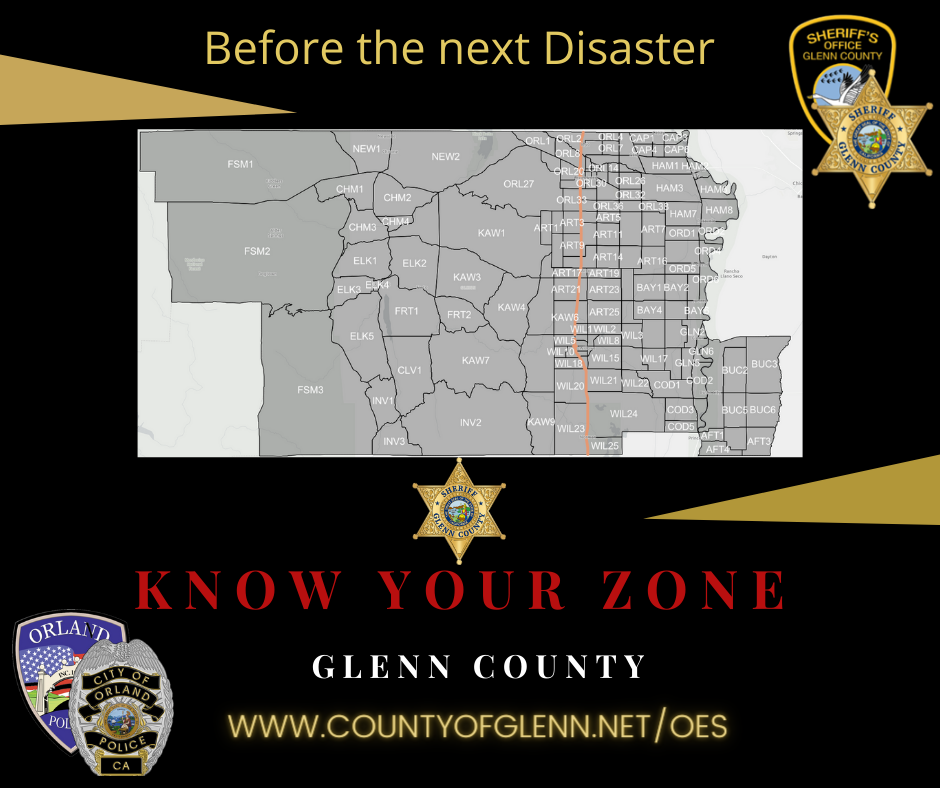 An Arc-GIS map will be posted soon which will allow residents to see the evacuation zone map and search their address to easily identify their evacuation zone.

Communities on the Westside of Glenn County:

Communities on the East side of Glenn County:

Evacuation Warnings may also be issued when a Mandatory Evacuation order has been lifted in an area but the conditions in the area remain subject to rapid change and could again become serious.

An Evacuation Order requires the immediate movement of people out of an affected area due to an imminent threat to life. Choosing to stay could result in loss of life. Staying may also impede the work of emergency personnel. Due to the changing nature of the emergency, an Evacuation Order may be the only alert that people receive in the affected area (s).

It's quick, easy and secure.